25% of this sale goes to BostonTerrier Rescue of North Carolinahttp://www.btrnc.org/


I did a video of me working in the studio - thought you might like it
http://youtu.be/wWCMy7sh3fg
Posted by Clair Hartmann at 1:36 PM 2 comments: 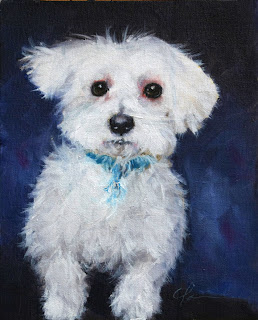 Posted by Clair Hartmann at 5:12 AM No comments: 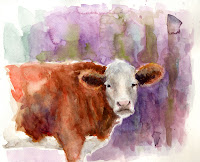 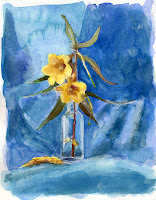 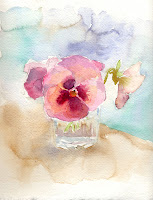 Well, it's been awhile since I've posted. I decided I needed a break. Went to Florida, meditated with some watercolors, had an awesome show in Jacksonville, slept, cooked, played, photographed, cleaned, made jewelry, detoxed from caffein and geared up for some large paintings.

I have been invited to be in a show at the Strathmore in Bethesda, MD called

I will be showing four dog paintings.

Here are some photos from the Immortals Show in Jacksonville. FL
Will post video later. 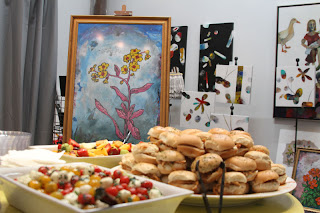 The vittles were amazing! 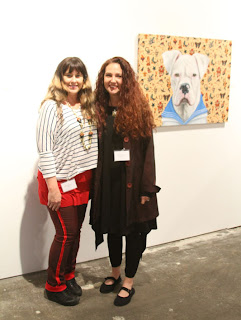 Me with Sharla, the director of the show 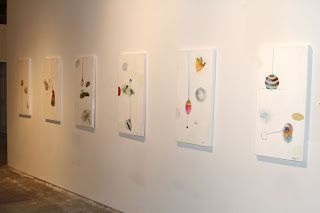 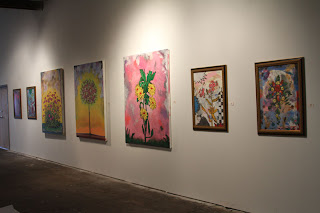 Lee Harvey with Bruce Musser to the far left. 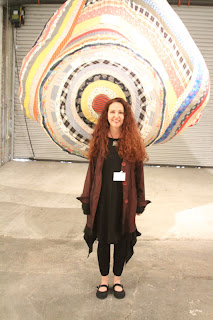 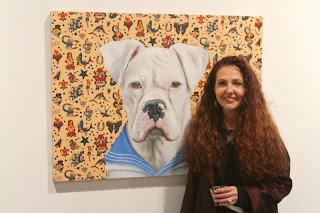 Me with "Shore Leave"

Posted by Clair Hartmann at 1:08 PM No comments: 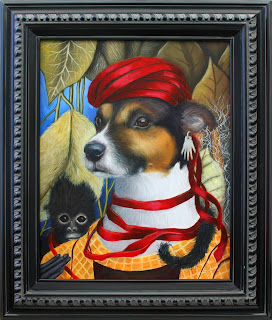 "Frida Dog" will be included in the show 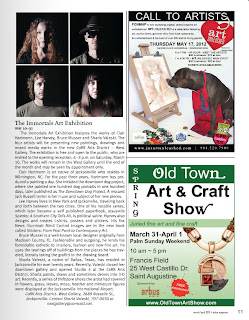 The up-coming show in Jacksonville Florida is featured in Arbus Magazine!!

I find it interesting that two friends that I've made here in Jacksonville are of Minorcan descent. Both are women artists and they each stand out as being uniquely talented. I actually looked up the Minorcan culture, partly to find out how the Minorcans arrived on the shores of east Florida and to also examine the ancient past of the small island of Minorca. It turns out that Minorca has Megalithic stone monuments and a major cultural influence--the Minoans of ancient Crete. Knowing my friends of Minorcan descent, these connections make perfect sense.

Clair Hartmann is one of the two Minorcan artists. She paints in oils and sometimes works in other mediums. Years ago, Clair met a lovely man and left Jacksonville to be with him. At the same time, she noticed that the daily painters (painters who completed a painting every day) progressed much faster than the rest of us. Clair has been a daily painter ever since and her skill level is beyond, beyond. Her subject matter varies but it has become evident that her muse is a rescued Jack Russel Terrier. The portraits of her beloved pooch gives a nod to some great paintings in art history.


What would the Jacksonville art world do without its little dramas? I'm absolutely convinced we would flounder in our apathy if we didn't have something that stirred us up every once in awhile. This was how I first learned about Lee Harvey. Over 20 years ago he was immersed in a much talked-about dispute with a gallery owner. As years passed, he and I became friends and once, on a whim, we drove all night to attend the Picasso portrait exhibit in New York City. Now, after years of challenging us with his controversial works, he's painting florals and they're edgy, of course! Lee is the reason this exhibition is entitled “The Immortals”. He's been at deaths door and now gives us lively flowers to admire.


At a pivotal moment in the movie, Priscilla Queen of the Dessert, the youngest drag queen goes from being the baby princess to coming into her own to be crowned “a queen”. Bruce Musser represents the baby princess of our group. He began lessons with me over five years ago and went from being a student to being my best friend. So I taught him a few things about art, but he taught me about friendship. Now, he has tenaciously moved on to advanced instruction and I'm like a proud momma. Bruce collects remnants of paper, tears it, draws, scrapes and scratches until a form emerges. He's tactile yet he's working in 2-D. I can't help but think that his childhood on a thousand acre tree farm has influenced his palette.


In art school I was torn between painting and sculpture. I ended up with a concentration in paint but have always had yearnings to make large, 3-dimensional works. After 20 years of painting and drawing, I finally made a big sculpture. I've obsessively sewn together over 30 different fabrics to make a giant misshapen sphere. It's a girl and I'm calling her “My Ego”. My Ego is what landed me in show business. I spent my early years acting in television commercials, touring with a theater company and waiting tables. After seven years, I had an insight into the business that turned me off forever. I now sign my works “Sharla TV” because those really are my initials. Whenever I see a good actress baring all for the sake of her art, I feel a bit superior and relieved at my change of careers years back. This form of schadenfreude also keeps me glued to the television set whenever a reality TV show is on. 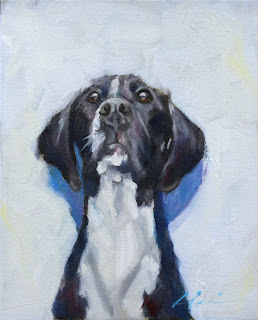 Posted by Clair Hartmann at 8:33 AM No comments: